Who is Protected Under California Minimum Wage Laws? 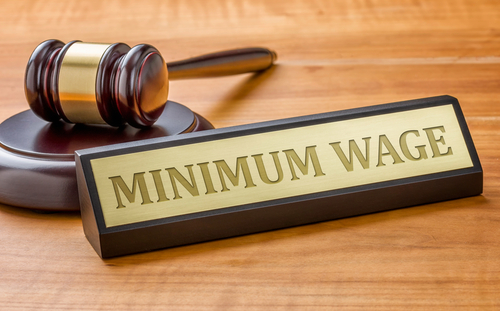 There has been a lot of discussion of minimum wage in recent years, especially since states like California have increased the minimum wage significantly, and the federal government has attempted to do the same. You might assume that anyone who works is protected by minimum wage laws, but this is not always the case. However, most people deserve the minimum hourly wage under the law.

Some companies think that when they hire people to do short-term jobs for a few months a year, the labor laws should not apply to the situation. The labor laws in California certainly DO apply to seasonal and temporary workers, however, and they deserve minimum wages for every hour worked just like any other employee.

California does allow employers to pay 85 percent of minimum wage as a “learner’s” wage for the first 160 hours if someone has no experience and must learn the job. However, this applies to any employee, not just teens (though it is common among teens). The situation must meet certain criteria for an employer to qualify for this 160-hour exception.

When an employee is “exempt,” it means that usual wage laws do not apply to them. These employees receive a set salary instead of hourly wages, which means their pay is not calculated based on the hours they work. However, this does not mean that employers can pay exempt employees as little as they want, as the law sets out minimum compensation for exempt employees, as well.

This minimum wage in California 2022 is:

Exempt employees in California usually must earn a minimum monthly salary of no less than twice the state minimum wage for full-time employment. If you are not receiving at least this much, you might have a minimum wage claim against your employer.

Learn more: Who is Protected Under California Minimum Wage Laws?

At Mara Law Firm, we represent the rights of employees in California. We help people seek unpaid wages when their employers violate the law. Call (619) 234-2833 or contact us online to discuss whether you might have a case and how a California minimum wage attorney can help.