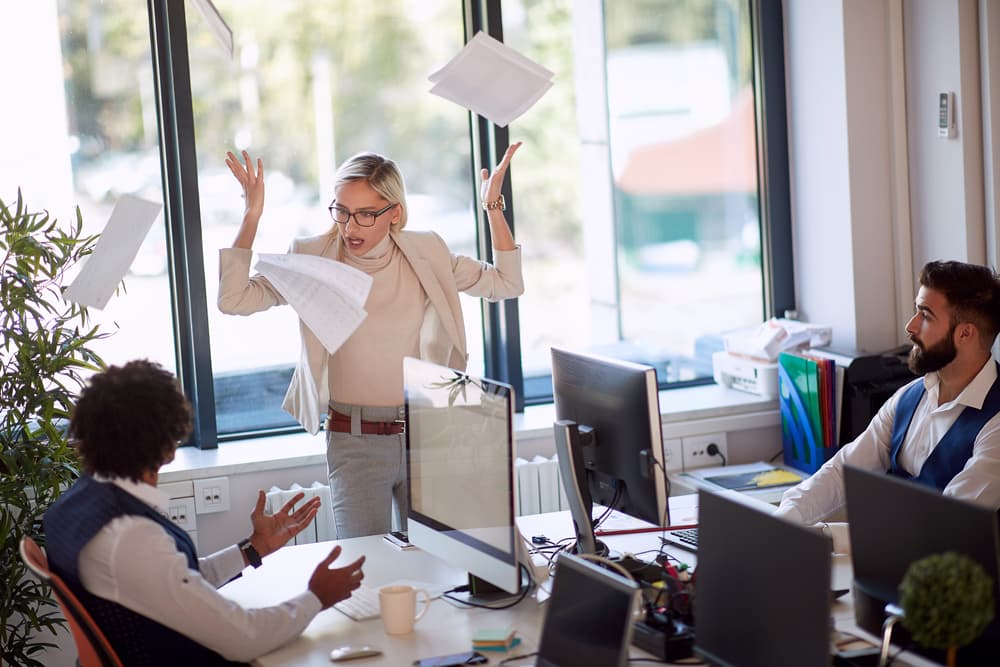 In Lyle v. Warner Brothers Television Productions, 38 Cal. 4th 264 (2006), the Supreme Court of California held that while annoying or merely offensive comments in the workplace are not actionable, conduct that is severe or pervasive enough to create an objectively hostile or abusive work environment is unlawful, even when it does not cause psychological injury to a plaintiff. Hughes v. Pair, 46 Cal.4th 1035 (2009) was another California Supreme Court case in which the court held that employment law acknowledges that an isolated incident of harassing conduct can qualify as severe when it consists of a physical assault or the threat thereof.

California Government Code § 12923 establishes that harassment creates a hostile, offensive, oppressive, or intimidating work environment and deprives victims of their statutory right to work in a place free of discrimination when harassing conduct sufficiently offends, humiliates, distresses, or intrudes upon a victim to disrupt their emotional tranquility in a workplace, affect their ability to perform a job as usual, or otherwise interfere with and undermine their personal sense of well-being.

The law states that a single incident of harassing conduct is enough to create a triable issue regarding the existence of a hostile work environment when harassing conduct unreasonably interferes with a plaintiff’s work performance or creates an intimidating, hostile, or offensive working environment.

The law also states that the existence of a hostile work environment will depend on the totality of the circumstances, and a discriminatory remark – even when it is not made directly in the context of an employment decision or uttered by a non-decisionmaker – can still be relevant, circumstantial evidence of discrimination. The law further provides that harassment cases are rarely appropriate for disposition on summary judgment, so the California Legislature affirms the California Court of Appeals decision in Nazir v. United Airlines, Inc., 178 Cal.App.4th 243 (2009) and its observation that hostile working environment cases involve issues not determinable on paper.

Harassment can cause a hostile workplace when it involves unwelcome conduct based on an employee’s race, national origin, color, sex (including pregnancy), age (40 or older), disability, or genetic information. This means any actions or harassment that are discriminatory may generate a hostile work environment.

Not every work environment that is unpleasant necessarily qualifies as being illegal. The United States Equal Opportunity Employment Commission (EEOC) says that it does not consider certain conduct illegal, such as petty slights, annoyances, and isolated incidents, unless such incidents are particularly serious.

Examples of hostile work environments can include:

A hostile work environment claim is going to rely heavily on documentation, so save absolutely every record you can of abusive or harassing conduct. Save all writings or emails, and also be sure to record the dates and times of phone conversations or conversations that you have in person about your issues.

Schedule a Free Consultation with a California Employment Attorney

If you believe that you have been the victim of any kind of hostile work environment in California, you do not have to tolerate it for another moment. Mara Law Firm can fight to make sure that you are able to recover fair and full financial compensation for all the damages inflicted upon you.

Our firm will not charge you anything to represent you because we will only get paid when we get some measure of relief for you. You can call us at (619) 648-2550 or (855) 964-1062 or contact us online to take advantage of a free consultation so we can really dig into the details of your case and go over everything that you will be able to do to get justice.